The Step One Staff

Christopher Dennehy, LCSW, CASAC has been the Clinical Director of Step One since 2003.

Chris is a graduate of Fordham University School of Social Work and has Post Graduate training in Gestalt Psychotherapy with an undergraduate Bachelor’s degree in Psychology from Montclair University. Chris earned his Certified Alcoholism Counseling (CAC) in 1996, holds an International Chemical Dependency Certification and is a Credentialed Alcohol & Substance Abuse Counselor (CASAC).

Chris is committed to providing the most comprehensive, effective, up-to-date clinical response to substance abuse and the people afflicted by this disease. Chris has spent the majority of his lifetime dedicated to creating compassionate, honest, client centered therapeutic environments for individuals in personal crisis. 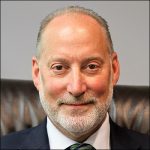 Dr. Todd Rochman, MD received his Psychiatric training at St Luke’s Roosevelt Hospital Center in NYC as a Fellow of the Columbia University College of Physicians and Surgeons. Dr Rochman is a Diplomate of the American Board of Psychiatry and Neurology and a Diplomate of the American Board of Preventative Medicine in the specialty of addiction medicine. He is a long standing member of The American Psychiatric Association. In 1987 he moved to the Hudson Valley and began his career in mental health. Dr. Rochman has practiced in virtually every corner of the field including but not limited to; Attending Psychiatric Staff for fifteen years at St Francis Hospital in Poughkeepsie NY. Twenty years of Forensic Consultative services for the Dutchess County Department of Mental Health. Six years serving as Chairman and Chief of Psychiatry at St Luke’s Cornwall Hospital in Newburgh NY. Dr. Rochman has expertise in Adult and Adolescent care treating all mental health needs.

In August of 2013 Lauren began her internship at Step One in the Highland Office. Lauren Widmark graduated with her Master’s in Mental Health Counseling from SUNY New Paltz in 2014 and was hired at Step One as a full-time clinician in May of 2014. Lauren eventually was promoted to Director of Admissions in August of 2017 and more recently was promoted to Clinical Director in April 2020. 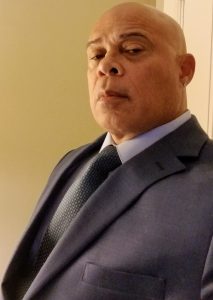 Paul Creary, Chief Growth Officer, has more than 25 years of experience in all facets of health care delivery from payer to patient, with direct experience growing and scaling businesses. Paul is responsible for ensuring that Step One’s long and short-term strategies drive client growth and retention and align with the mission and vision of the organization.

Prior to his role at Step One, Paul was the Regional Vice President of Business Development at Phoenix House. where his responsibilities included the opening of new locations, product strategy and design, market development and growth of top-line revenue. Prior to this role, Paul was the V.P. of Business Development for Cornerstone Treatment Facilities an employee owned inpatient detoxification and rehabilitation facility. While there, Paul oversaw all strategic planning for the organizations growth.

Paul holds a Bachelor of Arts in Communication from Brooklyn College and a Master of Business Administration from Regis University, with a concentration in health care financial management.

Brian Auchmoody joined Step One in early 2012. After many years in the building trades, Brian retired from that field to pursue his passion of removing obstacles from the path of men trying to get their lives together through sustained sobriety. His associates degree was earned through coursework in psychology, anatomy, and physiology; he earned his Bachelors degree in Sociology, with a concentration in Human Services. He has CASAC certification in N.Y. state, as well as International Certification and Reciprocity. He has worked with men, women, and adolescents, prior to counseling and eventually being promoted to Asst. Director at a 225 bed male Therapeutic Community. 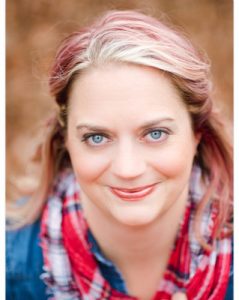 Connie is a graduate of Adelphi University School of Social Work where she earned her LMSW, she also has an undergraduate Bachelor’s degree in Social Work from Marist college. Connie earned her Credentialed Alcoholism and Substance Abuse Counselor certificate in 2011 and is now a Master CASAC.

Connie works to provide her clients with support and empathy while focusing on their strengths and the goals they want to reach. Connie believes in empowering individuals to overcome obstacles and to work towards the changes they want to see. Constance has extensive experience in treating addiction, anxiety, depression and eating disorders, while using Evidence Based Practices-treatment that is researched and proven effective. She primarily uses a combination of Dialectical Behavior Therapy (DBT), Cognitive Behavioral Therapy (CBT), and Motivational Interviewing (MI).

Nora Gagnon has been with Step One since 2009. She received a BA in Communications from Mt. St. Mary College in 1989 and worked in the advertising and promotional field until 2007 when she decided to make a career change and work in the field of substance abuse. Nora believes that everyone has the ability to change if they really want to. She feels that recovery is attainable and people do not have to struggle with their addictions if they can make the necessary changes to their behaviors and thought process. Nora completed her CASAC training at Dutchess County Community College. She has worked as a therapist at both Step One’s Ellenville clinic and The Northeast Center for Special Care in Lake Katrine with individuals that suffer from both addictions and traumatic brain injury. Currently, she works full time at the Northeast Center providing intensive and non intensive group treatment as well as individual therapy. Nora also has experience facilitating Men’s and Women’s groups, Anger Management and Psycho-education groups.

Meredith Johnson is a primary therapist at Step One in Highland who specializes in working with clients who experience high denial and is also a co-occurring disorder and trauma specialist. Meredith is currently on the mental wellness team and facilitates both the men’s and the co-ed non-intensive process group tracks; additionally she facilitates a Psych-education group. Meredith began at Step One as a graduate level intern in 2011 and was hired as a primary therapist in 2012. Meredith received her Bachelor’s degree in Psychology and her Master’s degree in Mental Health Counseling from the State University of New York at New Paltz, and she is currently working toward getting her LMHC. Meredith has previously worked as a supervisor at Oasis/Haven, a crisis counseling and sexual assault counseling hotline and walk-in center.

Roger Spool, LCSW-R co-founded Step One in 1994. Roger previously worked as a Social Work Supervisor for a 200 patient, 2 year alcoholism day treatment program, Clinical Director of an inpatient alcoholism rehab program, and Program Director of an outpatient alcoholism day treatment program. Roger is a graduate of The School of Visual Arts, SUNY Empire State College and the Hunter College School of Social Work.

Roger’s vision of substance abuse treatment was different from main stream protocols. So Roger began working towards his dream of opening a NYS OASAS licensed program to provide the kind of services he believed were most effective to the treatment of alcoholism and chemical dependency.

In 1988, Roger and his wife Lilyan opened Child & Family Guidance Center in New Paltz, NY. The Center provided substance abuse treatment as well as mental health services. The Center grew quickly and within a few years had a staff of 27 full and part time clinicians and community based treatment in four Mid-Hudson communities. The Center’s substance abuse services grew until in 1994 the substance abuse component had to split off and became Child & Family Guidance Center Addiction Services, Inc. The program, now located in Highland, NY, was named Step One.

In the first thirteen years of operations, Step One opened programs at St. Cabrini’s residential program for adolescents, The Children’s Home of Kingston, the Northeast Center for Special Care, and an additional freestanding clinic in Ellenville, NY.

Roger has Spent over 30 years of his professional career committed to helping individuals and families heal from the ravages of chemical dependency. Roger feels that his greatest accomplishment is gathering a team of committed professionals to manifest his vision and provide treatment to those in need.